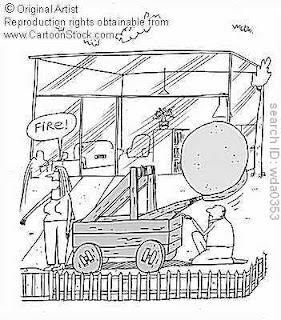 Comments on this thread on UD, where I was in discussion with Paul Giem, are now closed. What I regard as the most important thing to come out of this discussion was the complete absence of animosity. This is doing well considering that Paul Giem is a YEC and probably well displaced from my own position on several issues. In contrast; if people start out with the opinion that the “other side” is populated by malign boneheads and treat them as such, then I see no hope of progress in the evolution/ID debate.

However, the thread leaves a number of loose ends:

1. Paul’s suggestion that long dinosaur necks are likely to require the simultaneous operation of several functioning parts/genes is likely to be correct; this is, of course, another special case rendition of the irreducible complexity question. But the apparent irreducible complexity here doesn’t automatically entail Intelligent Design in the UD sense.

2. I’m not sure how far Paul has come to grips with the idea that ontological accessibility and/or complexity generates a sliding scale of scientific tractability that both sides of the debate use against one another.

3. UD supporters may have consensus when it comes to knocking evolution but little consensus on the positive aspects of their theory, namely just how life came to be. This department of their theory seems to suffer from greater problems of scientific tractability than even evolutionary theory. People who live in green houses shouldn’t throw stones and that applies to both evolutionists and ID theorists.
Posted by Timothy V Reeves at Friday, April 17, 2009